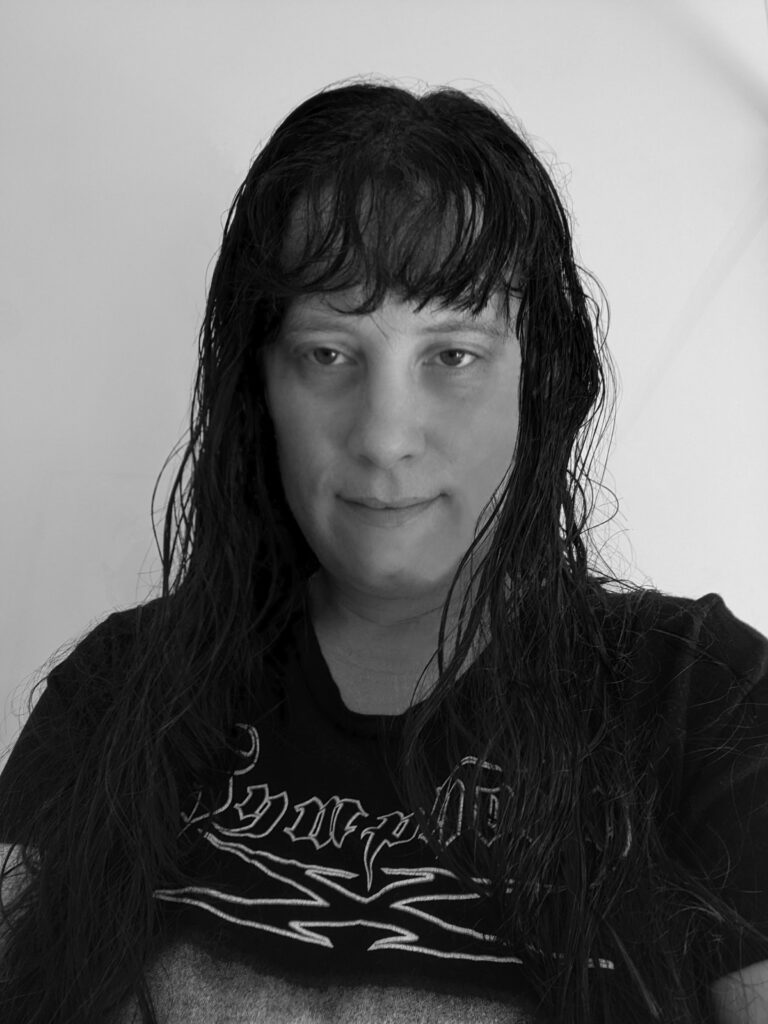 Amanda Berthault has lived in the Chicago suburbs her entire life. She grew up in a family of music lovers, always surrounded by everything from classic rock to opera to 90s rock and eventually heavy metal.

Imagining characters and their harrowing adventures began at a young age, though they didn't come to life on the page until high school. The passion for writing grew, eventually overtaking her plans of being a rock star in a metal band, and a dream of being a professional writer was born.

Amanda attended Columbia College Chicago where she obtained a BA with honors in creative writing. It was during her time there that her debut novel, Shadows Unveiled, first took shape. After graduation she had numerous short stories published in literary magazines, almost all of them with a heavy metal theme.

In the many, many years afterward the numerous half-finished novels were touched only occasionally as the need for a normal life in the working world to help support her family took over. She also started her own editing business, EdenEcho Editing, which continues today.

Assisting other writers to bring their work to life, as well as becoming a stay-at-home mom to focus on her business, inspired Amanda to get back into her own writing more seriously. Shadows Unveiled came out of the vault and quickly developed into a story worthy of being read by others. Knowing that literary agents would never give "heavy metal fiction" even a glance, she chose the self-publishing route, giving her the freedom to write about a theme she is passionate about.