A contemporary suspense action series following heavy metal singer Shadow McKinley and his harrowing adventures as he struggles to discover who he really is and his true path in life. And his past seems to never stop trying to kill him. 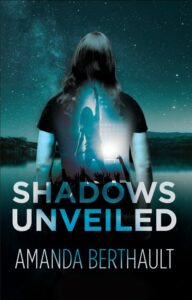 Heavy metal singer Shadow McKinley has faked his death to leave behind what he considers a torturous life. While disguised under his new identity as Shanley, a traveling pool hustler, he meets Macy, a teenage runaway and fan of his former band. Her plan to find her father in Los Angeles has fallen apart, and together they begin a cross-country road trip to get there.

But Shanley makes one huge mistake, and their adventure turns into a desperate escape from the police and a struggle to stay alive. And with Macy unknowingly tormenting him with flashes of his past, Shanley must fight to keep his secret—not only from her, but from a world that is determined to find him.

Shadow McKinley has rebuilt his musical career, successfully regaining his status as one of the best heavy metal singers in the world. But with success comes the adoration and worship that had driven him away before. As he finds himself drowning once again, he meets the one person who truly understands him. A soulmate who brings as much danger as happiness.

Stunning Dutch metal singer Nicoline Aldenberg also has a dark past of bad decisions. As Shadow falls deeper under her spell, he faces the wrath of her violent ex-husband who will stop at nothing to kill him. Onstage and off, from Atlanta to Tilburg, nowhere is safe. Can Shadow survive the most impassioned—and deadliest—choice he’s ever made? 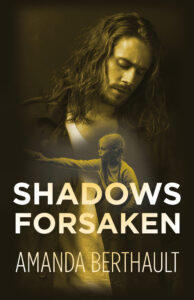 Shadow McKinley has everything he could ever dream of: a loving family, great friends, and a booming career as a heavy metal singer. His success and happiness have helped him forget his rocky past. But his past has not forgotten him.

Fresh out of prison, Shadow’s father has returned to fulfill his dying wish: to go on the road to watch his son be a pool hustler once more. With his stepdaughter’s life on the line, Shadow has no choice but to comply. But the police accuse him of running from his life again. The career he worked so hard to build is shattered in an instant, and he may not make it out alive to fix it.

His only hope is his wife, Dutch metal singer Nicoline, who is determined to prove his innocence. But it's a race against time and across country, and time is running out. Who can she trust to help her find her family before it's too late?